There are several different models of Arts & Crafts style homes in Pasadena, California.

The Bungalow is a model of house that is generally one and a half stories, with the living space mostly on the ground floor. Bungalows also feature rooms that connect directly to one another without hallways, which was an innovation in California architecture of the early twentieth century.

Another Arts and Crafts type home is the Mission Revival house style, which features stucco walls and a tiled roof. A popular style was also the Prairie House, a style marked by horizontal lines and a flat roof. One of the most famous examples of the Prairie home is the Frederic C. Robie House in Chicago, built by architect Frank Lloyd Wright.

Another boxy house style that gained popularity in California was the American Foursquare style home. This classic home was built with many different materials such as stucco, concrete block, brick, and stone.

If you are interested in Pasadena real estate, there are a number of beautiful and famous Arts & Crafts style houses in this area.

One of the well-known homes built by Charles Sumner Greene and Henry Mather Greene is the Gamble House. 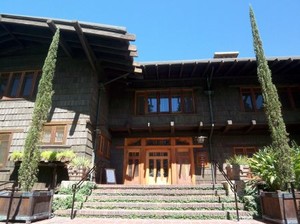 All of the interior details of the Gamble House were hand made by craftsmen. Another notable house built by the Greene brothers in Pasadena is the Blacker House on Hillcrest Avenue, and the home is still a private residence today. 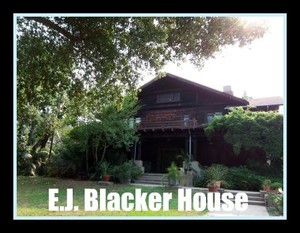 The Blacker house is a large rambling house with great architectural details that has Asian touches.

Currently, there are several beautiful examples of Pasadena real estate on the market that are classic Arts & Crafts architecture houses.

Newest Arts and Crafts Homes for Sale in Pasadena

In Pasadena, there are specific streets that reflect the unique history and beauty of this city. Madson Avenue, lined with Camphor trees, neighborhood friendly sidewalks...

Welcome to 1785 N. Los Robles, an exquisite and well-preserved "Airplane Bungalow" Pasadena Craftsman. Boasting an abundance of authentic characteristics of this era, you...

Adjacent to Caltech, Polytechnic School, and the Huntington Library, this beautiful craftsman home is filled with natural light located on a large lot in the highly sough...

The Huntington compound is a truly one-of-a-kind multipurpose property. From a custom wrought iron gate enter another realm of relaxation, entertainment, and fulfillment....

The Huntington compound is a truly one-of-a-kind multipurpose property. From a custom wrought iron gate enter another realm of relaxation, entertainment, and fulfillment....

Get in early on this turnkey Craftsman renovation in the heart of Pasadena. This 3 bed/3 bath property boasts 1250 SF of living space, en-suite bathrooms, walk-in close...

Known as The Mead House and built by Louis B. Easton, this Craftsman home with 5 bedrooms and 4.5 baths on a large 17,843 sqft flat lot is a Cultural Heritage Landmark th...

Based on information from California Regional Multiple Listing Service, Inc. as of . This information is for your personal, non-commercial use and may not be used for any purpose other than to identify prospective properties you may be interested in purchasing. Display of MLS data is usually deemed reliable but is NOT guaranteed accurate by the MLS. Buyers are responsible for verifying the accuracy of all information and should investigate the data themselves or retain appropriate professionals. Information from sources other than the Listing Agent may have been included in the MLS data. Unless otherwise specified in writing, Broker/Agent has not and will not verify any information obtained from other sources. The Broker/Agent providing the information contained herein may or may not have been the Listing and/or Selling Agent.