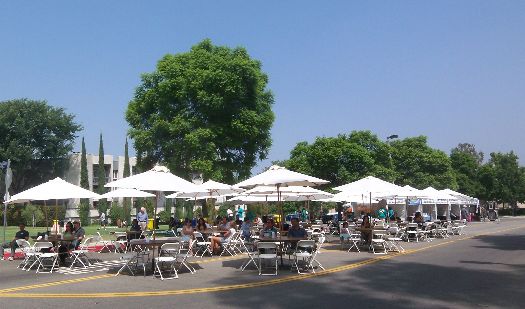 This 14th year of Monterey Hills Jazz Festival was anticipated by many Monterey Hills residents. Since it's inception, the Jazz Festival has been sponsored by Monterey Hills Federation with the support of the Los Angeles City Council's 14th District Councilmember Jose Huizar, the Arroyo Seco Neighborhood Council and the Community Redevelopment Agency. Many local merchants and artisans have participated each year as well.

It was a lot of fun being out and meeting Monterey Hills residents. I had an opportunity to speak with Jim Henderson and Ginger Cole. Both Jim and Ginger were on the Monterey Hills Jazz Festival Committee chaired by Debra A. Evans. I also spoke with Carlos Alvarado from CRA/LA who was telling me about an upcoming relandscaping project that will be most likely take place within the next 12 months or so. Committees will be forming within the next several months and will work hand in hand with CRA/LA to decide where and what kind of landscaping will be gracing Monterey Hills.

Monterey Hills is a community of condos and townhomes located in the city and county of Los Angeles. It is bordered by South Pasadena to the North, El Sereno to the South, and Highland Park to the West. It is conveniently located just off of Via Marisol exit of the 110 Freeway and is 15 minutes to Downtown Los Angeles or Old Town Pasadena.

A little history on Monterey Hills. The Monterey Hills Redevelopment Project was adopted by City Council on July 29, 1971. The CRA LA (Community Redevelopment Agency of Los Angeles) project contained 211 acres of land. The principal thrust of the project outlined in the Redevelopment Plan included the development of a well planned residential community that provided a variety of housing opportunities for families and individuals from all income levels and the preservation of the physical integrity of the site. 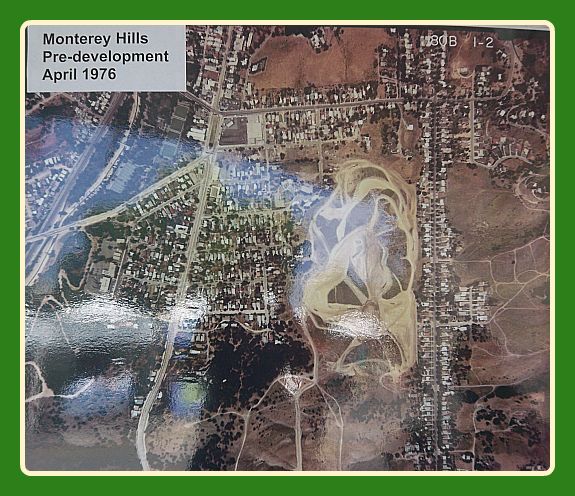 At the time of Monterey Hills project adoption, 90% of the area was underdeveloped due to its sloping configuration and improperly platted terrain. The entire area had been subdivided in 1902 according to a coordinated grid system with lots and streets laid out at right angles to each other.

Because of the terrain, there was no possible way to develop any significant portion of the area as it was platted. The streets were substandard and in most cases unimproved. Land ownership was extremely complex, precluding private enterprises from assembling the stie and re-subdividing in a proper manner. Approximately 1/3 of the area was owned by the City of Los Angeles as a result of property tax defaults by former owners. Many structures were obsolte, public utilities were inadequate, there was a lack of usable open space, the value of land and properties was depreciated and private investments were seriously impaired.

Today, some 37 years later, Monterey Hills is a thriving community. "The Hill", as its known to its residents, currently has 21 condominiums with a total of 1,781 housing units that have been built to date.

It is sought by first time buyers and investors alike. It offers beautiful condominiums and townhomes with excellent amenities at reasonable prices. Monterey Hills is always alive with residents walking its streets, using the Bud Weiner park and just enjoying the fresh air.

Living in Monterey Hills is like being on Top of the World! Check it out for yourself.

If you are interested in finding a Monterey Hills condo or townhome for sale, this site offers a free home search for your convenience.

Major thanks for the blog.Much thanks again. Keep writing.

I think this is a real great blog.Really thank you!