Old Town is Pasadena's original business district that began at the intersection of Fair Oaks Avenue and Colorado Boulevard. Newly revitalized, Old Town is one of Southern California's leading destinations. It has pedestrian-friendly streets, designer boutiques, coffee shops and restaurants.

The Norton Simon Museum is on the corner of Orange Grove and Colorado Blvd at the beginning of Old Town as you exit the Colorado Street Bridge. It was designed by the architectural firm of Ladd & Kelsey. The art museum's interior was renovated by Frank Gehry from 1996 to 1999. 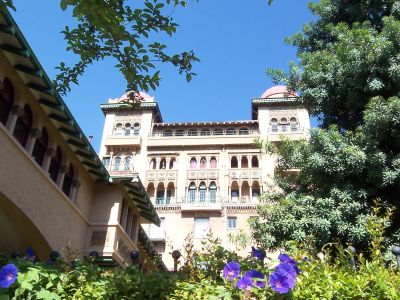 Currently known as Castle Green, this was the second building of a lavish 19th-century resort built in the Moorish style for wealthy Easterners who came to California during winter months to enjoy our moderate climate. The enclosed bridge that now ends at a small tower once crossed Raymond to connect with the first building in the hotel's complex. Architect for Hotel Green was Frederick Roehrig.

Today, Castle Green has been converted to luxury condominiums and is open for self guided tours twice a year - June and December. 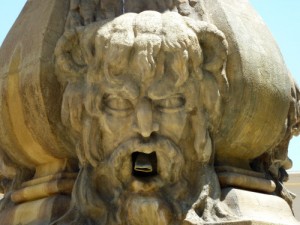 Pasadena City Hall just underwent an extensive seismic retrofitting. It's a great example of the Mediterranean style and was translated to fit its California setting by the San Francisco architectural firm of Bakewell and Brown. The impressive circular tower rises six stories and is topped by a dome which is in turn topped by a cupola that is finally topped by an urn and ball.

Interested in seeing condos around Old Pasadena?  See some of the listings below: