Home Buyers - Do You Need An Arm? 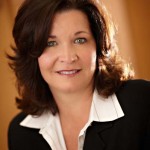 Years ago when ARM’s (adjustable rate mortgages) were a novelty I did an advertising piece with a picture of the Venus de Milo (the statue with no arms) asking:

Do you need an ARM? Obvious… maybe. As crazy as it may sound I still think it is a valid question for some home buyers and homeowners to ask themselves today. ARM’s have received a very bad reputation since the credit meltdown of 2008. After all, it was those nasty Option ARM’s and Pick a Pay loans that left you owing more than your original balance and caused much of the carnage we are now seeing in the Real Estate market. These types of loans are fortunately no longer available. What is not talked about is that they were around for years before they became a problem and were not necessarily a bad loan. It was a product that was offered to the wrong home buyers for the wrong reasons so that lenders and Wall Street could make bigger profits. The risk to the home owner far outweighed the advantages that were explained when loan documents were signed.

Today’s adjustable rate mortgages are much more conservative and easier to understand for consumers. The adjustable rate mortgages offered today have several very critical components and it is very important as consumer that you know each one when you are thinking about taking an ARM loan. To review and better understand these features The Federal Reserve has a web site that offers excellent explanations of each component:

So what situation would cause someone to need an ARM in today’s historically low rate environment?

Up until late last year I would have questioned the use of an ARM for any reason given today’s low fixed rates. I am typically very conservative with my clients. My mind was changed when recently a past client challenged me saying she wanted to refinance from a 30 year fixed into a 5 Year ARM. I was aghast! She had a fairly low balance on her current mortgage. I really thought this was a crazy idea until I sharpened my pencil and analyzed her situation.

Her goal was to retire in 5 years and have her mortgage paid off. She always paid more on her fixed rate loan but wanted the benefit of the 3.5% rate on an ARM program. She felt that the lower rate with the larger than required principal payment would accelerate the pay off her loan within her 5 year retirement time frame. When I ran an amortization on the 5/1 ARM with additional principal added each month equivalent to what she was paying now she could have all but $50,000 of her mortgage paid off in 5 years.

Her other choice was to make a slightly higher payment that her current amount ensuring a total pay off in 5 years. The absolute worst case scenario was that in 5 years her payment would go to 9.5% (it had a 6% lifetime cap) on a $50,000 loan which was still affordable on her projected retirement income if she decided not to pay the balance off with other assets or increase her monthly payment. This was an excellent use of a 5/1 ARM. It was in line with her personal financial plans and it did so in a safe affordable way.

Just last month I assisted another home buyer whose goal was to downsize from their current residence. After selling their current home and using the proceeds they would have a small mortgage on their new residence. Again their horizon for retirement was just 3-5 years away. Learning from my previous client, I ran the amortization on an ARM program and again the math made sense. They could have the mortgage paid off by the time they retired if they continued making a higher payment during the fixed rate period allowing them to retire with no mortgage.

This is a key difference to how ARMS can be used now compared to how they have been used the past. Home buyers were getting loans based on the expectation of increased future earnings and anticipated property appreciation. A smart way to use an ARM now is to take advantage of the low rate and to pay extra principal while the homeowner has higher current earnings anticipating a decrease in future earnings.

The key to an adjustable rate mortgages is to use them in situations where it matches the home buyer’s individual financial plan.

They should not be used simply for the lower rate as they pose such a high risk for payment increases at the end of the fixed term. They should never be offered to help a borrower qualify (there are qualification requirements now that will hopefully prevent that from happening again). They are a viable option for a very specific financial plan and the loan officer you are working with should understand this and be able to mathematically demonstrate if there is a benefit to you.